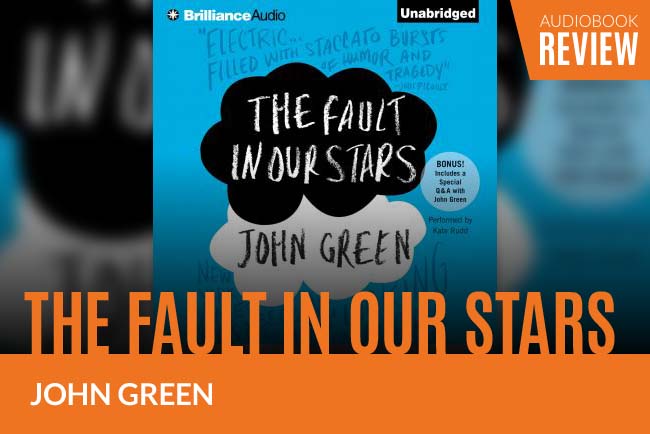 This month, I chose John Green’s The Fault In Our Stars, a Young Adult romance book about two teenagers with cancer who fall in love. That’s just the elevator pitch, though: it’s really about friendship, family, love and loss, all of which are already incredibly difficult and complicated things, but even more so for teenagers and for teenagers with terminal illness. I’d heard that the book was a real tear-jerker, but I generally have a higher tolerance for that kind of thing so I figured I’d judge it for myself. 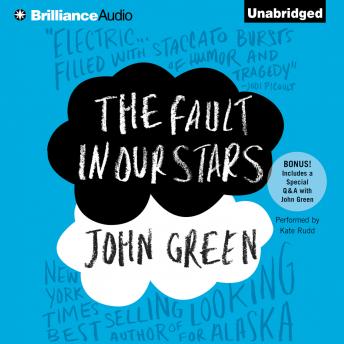 The first half of the book is, for the most part, hopeful. It does an excellent job of humanizing “sick people”, moving them from other and unknowable to sympathetic and familiar. Hazel and Augustus are teenagers like any other, though their singular life experiences have given them an advanced maturity and perspective. There is color and quirky fun and while the characters are going through some tough stuff, the first half cannot hold a candle to the second half of the book, whichcontained some of the most heart-breaking hours of literature I’ve ever listened to.

The Fault In Our Stars, on the other hand, is an example of YA writing at it’s finest: yes, it’s a book about two teenagers who fall in love and yes, it’s written with simple language and straight-forward structure and it reads quickly and easily, as is typical of the genre. But that very simplicity makes it an extra-effective medium to explore the brutal and heart-breaking reality of cancer in children. There are no thick paragraphs of prose to hide in; instead, his characters love and fear and cry upfront, with dialogue that is so sincere and forthcoming that, as a reader, it’s impossible to turn away. Green’s ability to competently discuss such a difficult topic in such a straightforward and easily digestible way points towards a greater mastery of writing, not a lesser one. Complex ideas, simple language.

The narrator, Kate Rudd, was incredible. While her voice for main character Hazel was perfectly executed, I’m more impressed with her voice for Augustus. She manages to imbue his slightly pretentious dialogue with a sense of good-humor, awareness and sincerity that make the character more likable than my own mental narrator ever could. It’s rare to find a narrator who can do same- and opposite-gender characters equally well, but Rudd is definitely one of them.

I highly, highly recommend this audio book. If you listen to it and love it, check out Esther Earl’s This Star Won’t Go Out who influenced Green’s writing.