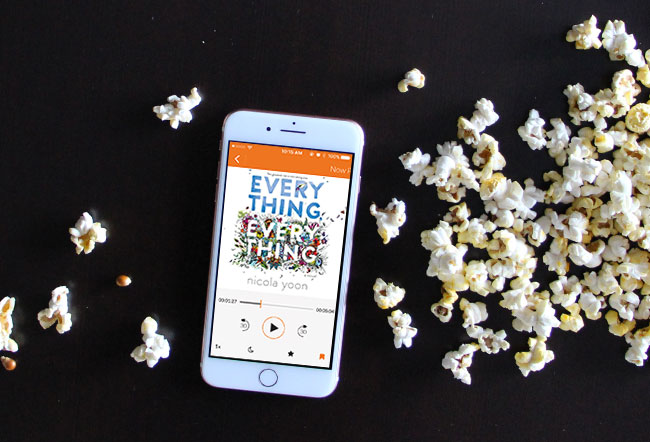 The month of May will see its fair share of shows and movies adapted from popular books. Check out what’s upcoming and take a listen before they hit the screen!

The Dinner, by Herman Koch
Expected Release: May 5th

Between mouthfuls of food and over the polite scrapings of cutlery, conversation between two couples remains a gentle hum of polite discourse-the banality of work, the triviality of the holidays. But behind the empty words, terrible things need to be said, and with every forced smile and every new course, the knives are being sharpened. Each couple has a fifteen-year-old son. The two boys are united by their accountability for a single horrific act; an act that has triggered a police investigation and shattered the comfortable, insulated worlds of their families. As the dinner reaches its culinary climax, the conversation finally touches on their children. As civility and friendship disintegrate, each couple shows just how far they are prepared to go to protect those they love… Read more and listen to a sample

King Arthur: Legend of the Sword – a classic legend rewritten many times over. We linked to a great version but search the site for others!
Expected Release: May 12th

Uther Pendragon, High King of Celtic Britain, is nearing death, and his kingdom is being torn apart. Only one man can bring the Celts together as a nation and restore peace—King Arthur. Artorex (Arthur) doesn’t yet seem like the great man he will grow into. We meet him as a shy, subservient twelve-year-old living in the foster home of Lord Ector, who took in Artorex as a babe to protect him from murderous kin. Life has been unremarkable until the arrival of three influential men who arrange for Arthur to be taught the martial skills of the warrior. Little does Artorex know that these three men—one of whom is Merlin—secretly hope that one day he will take Uther’s crown and restore peace to Britain… Read more and listen to a sample

My disease is as rare as it is famous. Basically, I’m allergic to the world. I don’t leave my house, have not left my house in seventeen years. The only people I ever see are my mom and my nurse, Carla. But then one day, a moving truck arrives next door. I look out my window, and I see him. He’s tall, lean and wearing all black—black T-shirt, black jeans, black sneakers, and a black knit cap that covers his hair completely. He catches me looking and stares at me. I stare right back. His name is Olly. Maybe we can’t predict the future, but we can predict some things. For example, I am certainly going to fall in love with Olly. It’s almost certainly going to be a disaster… Read more and listen to a sample

Diary of a Wimpy Kid: The Long Haul, by Jeff Kinney
Expected Release: May 19th

A family road trip is supposed to be a lot of fun… unless, of course, you’re the Heffleys. The journey starts off full of promise, then quickly takes several wrong turns. Gas station bathrooms, crazed seagulls, a fender bender, and a runaway pig—not exactly Greg Heffley’s idea of a good time. But even the worst road trip can turn into an adventure—and this is one the Heffleys won’t soon forget… Read more and listen to a sample

Which of May’s renditions are you most excited for? Let me know!