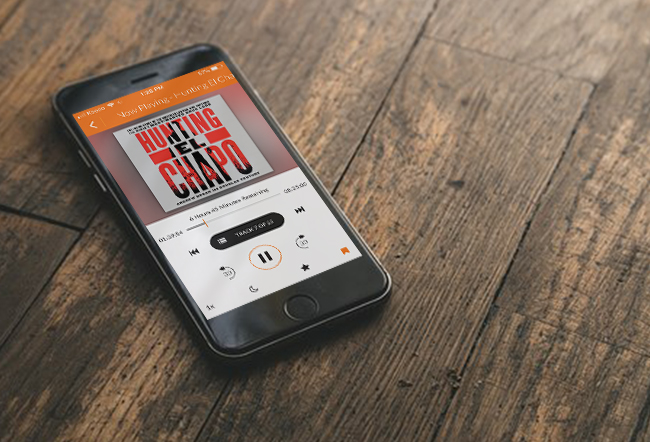 From notorious gangsters who monopolized countries to small town criminals who committed atrocities, these eight true crime audiobooks will remind you to lock your doors at night. A young woman leaves a party with a wealthy U.S. senator. The next morning her body is discovered in his car at the bottom of a pond. This is the damning true story of the death of campaign strategist Mary Jo Kopechne at Chappaquiddick and of Senator Ted Kennedy, who left her trapped underwater while he returned to his hotel, slept, and made phone calls to associates.
Read more and sample the audio.

2. The Corporation: An Epic Story of the Cuban American Underworld by T. J. English, narrated by Tim Andres Pabon An epic story of gangsters, drugs, violence, sex, and murder rooted in the streets, The Corporation reveals how an entire generation of political exiles, refugees, racketeers, corrupt cops, hitmen, and their wives and girlfriends became caught up in an American saga of desperation and empire building.
Read more and sample the audio.

3. Blood Justice: The Story of Multiple Murder and a Family’s Revenge by Tom Henderson, narrated by Paul Michael Garcia In 1991, flight attendant Nancy Ludwig checked in to an airport hotel near Detroit. The next morning she was found gagged and tortured, her throat slit with such rage that she was nearly decapitated. Her husband Arthur never gave up hope that the future would bring enough evidence to close the case. But it was the past that held the clue.
Read more and sample the audio. Every generation has a larger-than-life criminal: Jesse James, Billy the Kid, Al Capone. But each of these notorious lawbreakers had a “white hat” in pursuit. For drug lord El Chapo, that lawman is Andrew Hogan. Hunting El Chapo chronicles the exclusive inside story of Hogan and his dangerous hunt that captured the world’s most wanted drug kingpin who evaded the law for more than a decade.
Read more and sample the audio.

5. Roadmap to Hell: Sex, Drugs, and Guns on the Mafia Coast by Barbie Latza Nadeau, narrated by Nicol Zanzarella From sex slaves to drug mules, The Daily Beast’s Rome Bureau Chief uncovers a terrifying and intricate web of criminal activity right on Europe’s doorstep. Caught between Camorra gunrunners selling to ISIS and Nigerian drug gangs along Italy’s picturesque coast, each year thousands of refugees and migrants are lured into their underworld, forced to become sex slaves, drug mules, or weapon smugglers.
Read more and sample the audio.

6. I’ll Be Gone in the Dark: One Woman’s Obsessive Search for the Golden State Killer by Michelle McNamara, narrated by Gabra Zackman 7. Murder Beyond the Grave by James Patterson, narrated by Christopher Ryan Grant Two true-crime thrillers combined. Stephen Small has it all, but the only thing he needs right now is enough air to breathe. Kidnapped, buried in a box, and held for ransom, Stephen has forty-eight hours of oxygen.
High in the Sierra Nevada mountains, developers Jim and Bonnie Hood tour Camp Nelson Lodge. They intend to buy and modernize the property, but the locals don’t like rich outsiders changing their way of life.
Read more and sample the audio. In the pantheon of serial killers, Belle Gunness stands alone. She was the rarest of female psychopaths, a woman who engaged in wholesale slaughter, partly out of greed but mostly for the sheer joy of it. Between 1902 and 1908, she lured a succession of unsuspecting victims to her Indiana “murder farm.”
Read more and sample the audio.