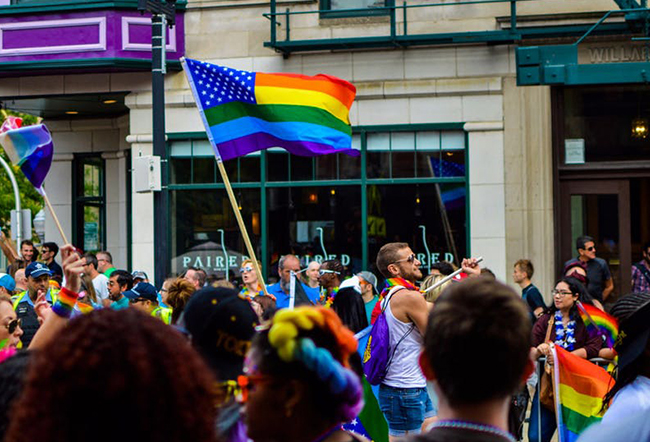 Whether you’re looking for your next favorite listen or looking for more Pride Month celebrations, these nine memoirs capture the spectrum of LGBTQ+ voices and experiences. Before she became the first transgender person to speak at a national political convention, Sarah McBride struggled with coming out —not just to her family but to her University, where she was student body president. Four years later, McBride was one of the nation’s most prominent transgender activists and married a trans man and fellow activist, who complemented her in every way… until cancer struck.
Read more and sample the audio. Born and raised in the heart of conservative North Carolina, Armistead Maupin realized the South was too small for him and took off in search of adventure. Reflecting on the profound impact of those closest to him, Maupin shares his search for the people he could call his own. What emerges is a portrait of the man who depicted the liberation and evolution of America’s queer community.
Read more and sample the audio. Janet Mock is adjusting to her days as a first-generation college student and nights as a dancer at a strip club. Finally content in her body, she vacillates between flaunting and concealing herself while navigating dating and disclosure, sex and intimacy, and letting herself be truly seen, eventually becoming one of the world’s most respected media figures and lauded leaders for equality and justice.
Read more and sample the audio. TV fans have counted on Michael Ausiello’s insider knowledge to get the scoop on their favorite shows and stars. What many didn’t know is that outside of his professional life, he endured a major personal tragedy: his husband, Kit Cowan, was diagnosed with a rare form of cancer. In this heartbreaking and darkly hilarious memoir, he tells the story of his last year with Kit while revisiting the 13 years that preceded it.
Read more and sample the audio. In this diary-like look at his life, YouTube star Connor Franta talks about his battles with clinical depression, social anxiety, self-love, and acceptance; his desire to maintain an authentic self; his struggles with love and loss; and his renewed efforts to be in the moment-with others and himself. Note to Self is a raw, in-the-moment look at the fascinating interior life of a young creator turning inward in order to move forward.
Read more and sample the audio. Growing up, Dave Holmes was the artsy son in a sporty family. At his all-boys high school and Catholic college, he was the closeted gay kid surrounded by crush-worthy straight guys. And in the middle of a disastrous career in advertising, he accidentally became an MTV VJ overnight, opening the door to fame and fortune. In Party of One, Holmes tells the hilariously painful and painfully hilarious tales in the vein of Rob Sheffield, Andy Cohen, and Paul Feig of an outsider desperate to get in, of a misfit constantly changing shape, of a music geek who finally learns to accept himself.
Read more and sample the audio. The provocative bestseller She’s Not There is the winning, utterly surprising story of a person changing genders. By turns hilarious and deeply moving, Jennifer Finney Boylan explores the territory that lies between men and women, examines changing friendships, and rejoices in the redeeming power of family. Told in Boylan’s fresh voice, She’s Not There is about a person bearing and finally revealing a complex secret. Through her clear eyes, She’s Not There provides a new window on the confounding process of accepting our true selves.
Read more and sample the audio. Charles M. Blow’s indelible coming-of-age takes place in a segregated town in Louisiana in the near-constant wash of violence. One day, his life was split into Before and After when a cousin took advantage of the young boy. Charles’s eventually attended university where he joined a fraternity despite brutal hazing, and then experienced a social and sexual privilege that seemed, at first, like everything he needed.
Read more and sample the audio. In Beyond Magenta, Susan Kuklin met and interviewed six transgender or gender-neutral young adults (Jessy, Christina, Mariah, Cameron, Nat, and Luke), who share what it is like for them to be members of the transgender community. Touching on pronouns, body acceptance, transitioning, gender rules, perspective, and family issues, Beyond Magenta is a groundbreaking work of LGBTQ literature.
Read more and sample the audio.

No Valentine, no problem. Swipe to find your perfe

We have great expectations for today because it's

Honestly is there anything better than curling up

Do you prefer to read the book first or watch the

Wishing a happy birthday to Lewis Carroll, whose t