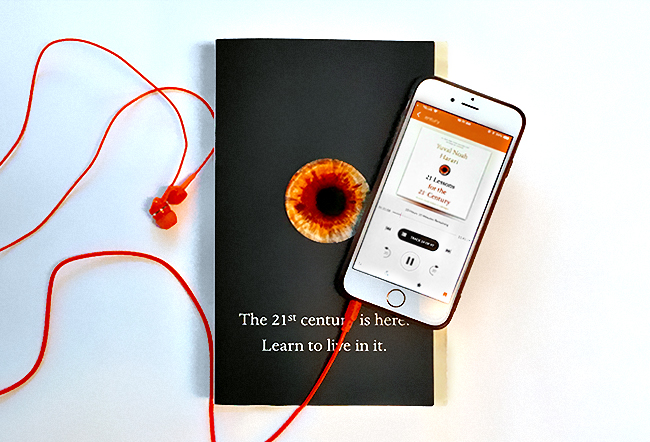 A mere half-decade ago, a brilliant albeit obscure Israeli professor of history took the literary world by storm. Published first in Hebrew in 2011 and translated into English in 2014, Yuval Noah Harari’s Sapiens transformed the history of humankind—a gargantuan topic in itself—into a household conversation piece. In 2016, Harari published a follow-up, Homo Deus, which extended the scope of Sapiens to examine the future of humankind. Now, he has turned his sights to the present with 21 Lessons for the 21st Century, which reflects on topical issues plaguing the here and now.

Harari poses some big questions in his introduction: “What are today’s greatest challenges and choices? What should we pay attention to? What should we teach our kids?” The book, broken into five sections that cover technology, politics, fear, truth, and resilience, attempt to examine the major forces that will influence the future of our planet. The scope of the book is huge, yet Harari acknowledges the lessons and issues he grapples with within 300 pages is not exhaustive of all that we could learn. Rather, 21 Lessons for the 21 Century is, as he puts it, a stepping stone to “help readers participate in some of the major conversations of our time.”

Harari delves into topics ranging from immigration to religion to artificial intelligence with eloquence and clarity. As was made clear in Sapiens and Homo Deus, the true mark of his talent as a scholarly writer is his ability to delineate information in an accessible and engaging manner. Much of the content builds on what he has discussed before in Sapiens and Homo Deus, so readers familiar with Harari’s previous works will recognize certain arguments and strands of thinking.

Derek Perkins is, as always, an exquisite narrator. If I close my eyes, I can almost imagine I am once again sitting in a grand lecture hall at university, listening to a particularly captivating professor muse about the predicament of our world. Perkins, without fail, manages to transform Harari’s words into a lively conversation.

21 Lessons for the 21st Century may not be an exhaustive book, but it is a crucial book for anyone who wishes to join the global conversation. Those who have read Harari’s previous works will not be disappointed, and those discovering him for the first time may well stumble upon a new favorite.