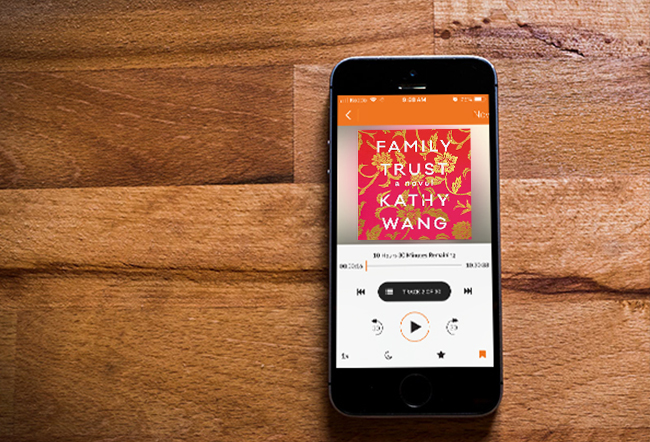 Whether you need a great new listen for your long weekend road trip or in between servings of turkey, the best books of fall (so far!) will leave you wanting seconds. Scott Carey is engaged in a battle with the lesbians next door. One of them is friendly; the other, cold as ice. Both are trying to launch a new restaurant, but the people of Castle Rock want no part of a gay married couple. When Scott finally understands the prejudices they face, he tries to help. Unlikely alliances and the mystery of his affliction bring out the best in people who have indulged the worst in themselves and others.
Read more and sample the audio. Reese Witherspoon invites readers into her world, where she infuses the southern style, parties, and traditions she loves with contemporary flair and charm. Her heritage informs her life, and she loves sharing and reflecting on entertaining, decorating her home, and favorite traditions, from midnight barn parties to backyard bridal showers, magical Christmas mornings to rollicking honky-tonks.
Read more and sample the audio.

3. Brief Answers to the Big Questions by Stephen Hawking, narrated by Ben Whishaw Stephen Hawking was the most renowned scientist since Einstein, known for his groundbreaking work in physics and cosmology. Hawking turns his attention to the most urgent issues facing us. Will humanity survive? Should we colonize space? Does God exist? These are just a few of the questions Hawking addresses in this wide-ranging, passionately argued final book from one of the greatest minds in history.
Read more and sample the audio. For years, Stanley Huang has claimed he’s worth a small fortune. But the details of his estate will finally be revealed, and his family is nervous. As his death approaches, the Huangs are faced with challenges that upend them and eventually lead them to discover what they most value. A compelling tale of cultural expectations, career ambitions and relationships, Family Trust is a portrait of the modern American family.
Read more and sample the audio. When a letter that was never meant to be seen by anyone draws high school senior Evan Hansen into a family’s grief over their dead son, he’s given the chance of a lifetime: to belong. He just has to stick to a lie. No longer tangled in his once-incapacitating anxiety, Evan has a purpose, a website, and becomes a viral phenomenon. Every day is amazing, until everything is in danger of unraveling.
Read more and sample the audio. Sarah Smarsh was born a fifth generation Kansas wheat farmer on her paternal side, and generations of teen mothers on her maternal side. Through her experience growing up on a farm 30 miles west of Wichita, we are given a unique and essential look into the lives of poor, working class Americans living in the heartland and examine the myths about people thought to be less because they earn less.
Read more and sample the audio. When Abbi Jacobson told friends she planned to drive across the country alone, she was met with lots of questions and opinions: most commonly, why? On her way to Los Angeles, she mulled over the big questions — What do I really want? What is the worst scenario in which I could run into my ex? In this collection, readers will feel like they’re in the passenger seat on a fun and inspiring journey.
Read more and sample the audio.