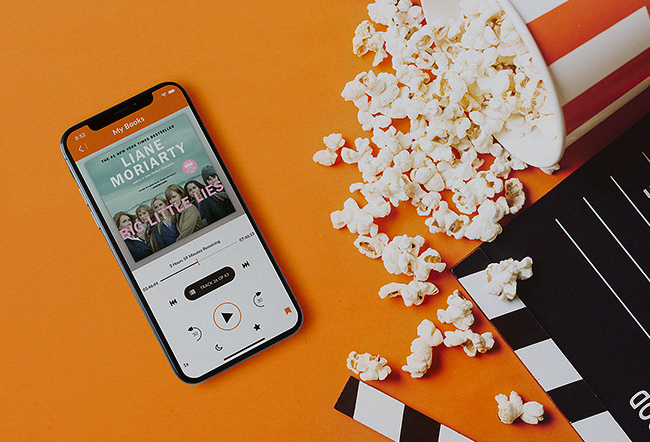 Thinking of going to see a movie in June? Get the best experience by listening to the books they were based on before seeing the film & TV adaptations.

Charles Talent Manx (Zachary Quinto) likes to take children for rides in his 1938 Rolls-Royce Wraith with the vanity plate NOS4A2. In the Wraith, he and his innocent guests can slip out of the everyday world and onto hidden roads that lead to an astonishing playground of amusements he calls Christmasland. The journey across the highway of Charlie’s twisted imagination transforms his precious passengers, leaving them as terrifying and unstoppable as their benefactor. Only one has escaped Charlie’s evil: her name is Vic McQueen (Ashleigh Cummings), she is grown up and craving revenge. Who will win this life-and-death battle, Vic or Charlie? This thrilling mystery debuts this June on Amazon.

The first season was so suspenseful that it left us wanting more. What will happen next with this group of ladies who have become friends? Another murder, tragic accident, even more lies? Listen to the audiobook before watching the much anticipated second season of Big Little Lies which is back on HBO this month.

This novel is a wonderful blend between The Girl in the Red Coat and Slumdog Millionaire—and will be available on Netflix this month starring Huma Qureshi, Siddharth, and Rahul Khanna. Leila disappears on her 3rd birthday. Every year her mother, Shalini, kneels by a specific wall and buries 2 candles for herself and her husband. If Leila is found, she plans on going back and digging every single candle out of the ground. But will Leila ever return?

Ophelia is an adaptation of Hamlet, told from (you guessed it!) Ophelia’s perspective. With Daisy Ridley in the titular role, This film adaptation is hitting theaters at the end of the month. If you’ve never listened to Shakespeare’s classic play or just need a refresher, Frank Muller’s performance of Hamlet is an excellent place to start.