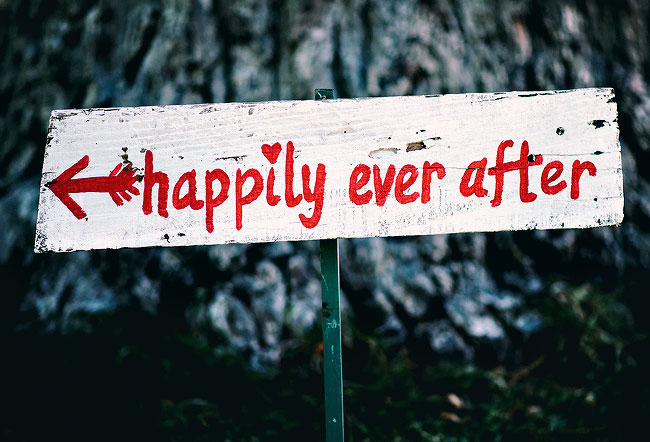 For centuries, fairy tales have delighted the young and the old. Passed down through fireside fables and aged storybooks, these stories have been told and retold, yet they continue to captivate readers. As the tales typically go, good triumphs while evil is punished. Yet, nothing is ever what it seems. There are stories untold even in the most classic and familiar tales. Step into the shoes of some of the most infamous villains with these new spins on classic fairy tales.

1. All the Ever Afters: The Untold Story of Cinderella’s Stepmother by Danielle Teller, narrated by Jane Copland As rumors about the cruel upbringing of beautiful newlywed Princess Cinderella roil the kingdom, her stepmother, Agnes, who knows all too well about hardship, privately records the true story. The story of their relationship reveals that nothing is what it seems, that beauty is not always desirable, and that love can take on many guises. Read more and sample the audio.

2. Girls Made of Snow and Glass by Melissa Bashardoust, narrated by Jennifer Ikeda Frozen meets The Bloody Chamber in this feminist fantasy re-imagining of the Snow White fairy tale.
After the death of her mother, Mina forms a plan: win the king’s heart and become queen. The only catch is that she’ll have to become a stepmother to fifteen-year-old Lynet. Girls Made of Snow and Glass traces the relationship of two young women doomed to be rivals from the start. Read more and sample the audio. In this novel authorized by the Little House estate, Sarah Miller vividly recreates the beauty, hardship, and joys of the frontier in a dazzling work of historical fiction, a captivating story that illuminates one courageous, resilient, and loving pioneer woman as never before—Caroline Ingalls, “Ma” in Laura Ingalls Wilder’s beloved Little House books. Read more and sample the audio. Forest of a Thousand Lanterns reimagines The Evil Queen legend as a tale of one peasant girl’s quest to become Empress. Growing up in a forgotten village on the edge of the map, Xifeng longs to fulfill the destiny promised to her by her cruel aunt, the witch Guma, who has seen glimmers of Xifeng’s majestic future. But, in order to achieve greatness, Xifeng must embrace the darkness within her. Read more and sample the audio.

5. Hiddensee: A Tale of the Once and Future Nutcracker by Gregory Maguire, narrated by Steven Crossley Hiddensee recreates the backstory of the Nutcracker, re-imagining how this entrancing creature came to be carved and how it magically guided an ailing little girl named Klara through a dreamy paradise on a snowy Christmas Eve. It also brings to life the mysterious godfather Drosselmeier, the ominous, canny, one-eyed toymaker who presents the Nutcracker to Klara, his goddaughter. Read more and sample the audio.

6. Queen of Hearts by Colleen Oakes, narrated by Moira Quirk Dinah, the future Queen of Wonderland, has not yet seen the dark depths of her kingdom; she longs only for her father’s approval and a future with the boy she loves. But when a betrayal threatens her throne, she is launched into Wonderland’s dangerous political game. Queen of Hearts brings to life the epic origin of Wonderland’s infamous villain. Read more and sample the audio.