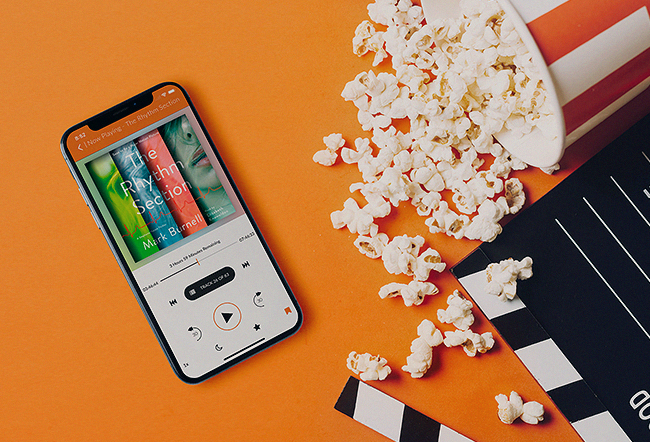 Going to the movies this February? Get the best experience by listening to the books they were based on before seeing the film adaptations.

Hercule Poirot is returning to the small screen, this time with John Malkovich playing the beloved detective. The miniseries adaptation will air on Amazon Prime and also stars Rupert Grint.

There’s a serial killer on the loose, working his way through the alphabet and the whole country is in a state of panic. A is for Mrs. Ascher in Andover, B is for Betty Barnard in Bexhill, C is for Sir Carmichael Clarke in Churston. With each murder, the killer is getting more confident—but leaving a trail of deliberate clues to taunt the proud Hercule Poirot might just prove to be the first, and fatal, mistake.

Starring Jude Law and Blake Lively, Mark Burnell’s riveting thriller The Rhythm Section begins with the crash of flight NEO027. The crash destroys Stephanie Patrick’s life: her family was on board and there were no survivors. Devastated, she drops out of college and her life spins out of control as she enters a world of drugs and prostitution—until a journalist discovers that the crash wasn’t an accident. There was a bomb planted on the plane. Filled with rage, and with nothing left to lose, she focuses on one goal: revenge.