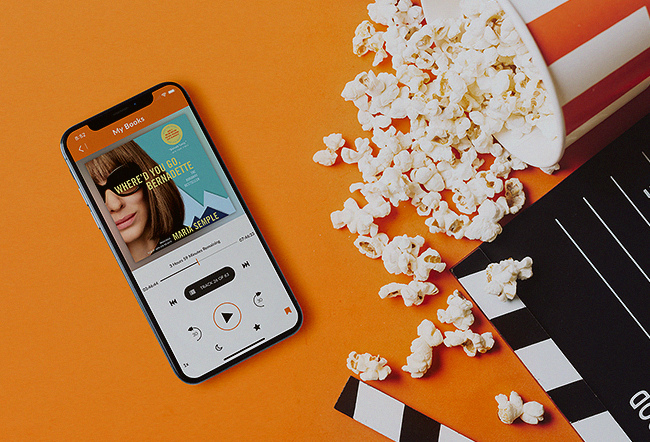 Going to the movies this March? Get the best experience by listening to the books they were based on before seeing the film adaptations.

Daisy Ridley, Tom Holland, and Nick Jonas are joining forces to bring to life Patrick Ness’s bestselling Young Adult series. Based on the first novel in the Chaos Walking Trilogy, The Knife of Never Letting Go, the story is set in a dystopian town called Prentisstown where everyone can hear everyone else’s thoughts. When the only boy in town, Todd (Holland), discovers an awful secret, he’s forced to run for his life.

The much-anticipated second season of Neil Gaiman’s American Gods is finally coming to Starz on March 10 in the US and internationally on Amazon Prime Video. First debuting in April 2017, the series follows ex-convict, Shadow Moon (Ricky Whittle), who is hired as a bodyguard, driver, and errand boy by the enigmatic Mr. Wednesday (Ian McShane). Season two will pick up about 30 minutes after the end of season one.

Grab your tissues, folks, this looks like it could reach John Green levels of heartbreak. When Stella Grant (Haley Lu Richardson) meets Will Newman (Cole Sprouse), they both feel an instant attraction. The only catch? As Cystic Fibrosis patients, they must stay at least five feet apart from each other, which gets harder and harder the deeper they fall in love.

Set in Hamburg after the end of World War II, The Aftermath finds Colonel Lewis Morgan (Jason Clarke) and his wife Rachel (Kiera Knightley) forced to share a house with a German widower (Alexander Skarsgård) and his daughter, where tensions and passion inevitably erupt.

Maria Semple’s bestselling dramedy begins when notorious and opinionated Bernadette Fox, played by Cate Blanchett, disappears out of the blue. In an effort to track down her mother, Bernadette’s 15-year-old daughter, Bee, combs through email messages, official documents, and secret correspondences to piece together the story of her mother’s troubled past.