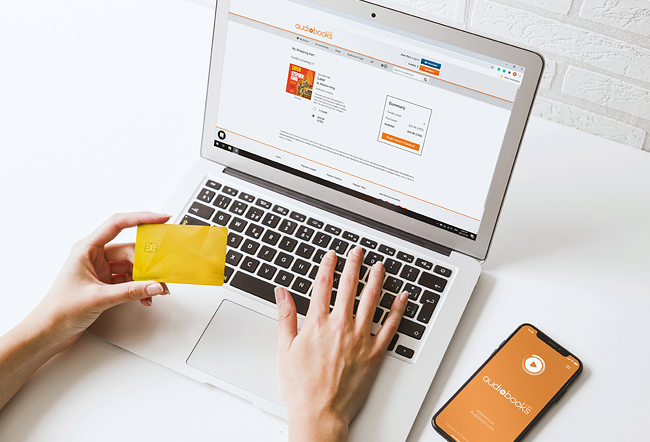 We are excited to announce that you can now pre-order audiobooks through the Audiobooks.com website!

So, if you love to stay on top of those most anticipated upcoming listens, this will be the perfect new feature for you.

The pre-order purchase process is similar to our normal audiobook purchases. You can either use a credit or cash payment to reserve your copy. Once your audiobook is released we will contact you letting you know that it has been added to your library and it is ready for you to start listening. You will be able to manage all pre-orders on Audiobooks.com by clicking “My Account” and navigating to “My Pre-Orders.”

Just As I Am: A Memoir by Cicely Tyson, narrated by Viola Davis, Robin Miles, Cicely Tyson (HarperAudio; January 26)

At last, the Academy, Tony, and three-time Emmy Award-winning actor and trailblazer, Cicely Tyson, tells her stunning story, looking back at her six-decade career and life.

A chorus of extraordinary voices comes together to tell one of history’s great epics: the four-hundred-year journey of African Americans from 1619 to the present—edited by Ibram X. Kendi, author of How to Be an Antiracist, and Keisha N. Blain, author of Set the World on Fire.

From Kristin Hannah, the #1 New York Times bestselling author of The Nightingale and The Great Alone, comes an epic novel of love and heroism and hope, set against the backdrop of one of America’s most defining eras—the Great Depression.

In this thoughtful and revealing memoir, readers will accompany one of the world’s most recognizable women on her journey of self-discovery.

A remarkable life story rooted in two different worlds, Unfinished offers insights into Priyanka Chopra Jonas’s childhood in India; her formative teenage years in the United States; and her return to India, where against all odds as a newcomer to the pageant world, she won the national and international beauty competitions that launched her global acting career.

Feyre, Rhys, and their close-knit circle of friends are still busy rebuilding the Night Court and the vastly-changed world beyond. But Winter Solstice is finally near, and with it, a hard-earned reprieve. Yet even the festive atmosphere can’t keep the shadows of the past from looming. As Feyre navigates her first Winter Solstice as High Lady, she finds that those dearest to her have more wounds than she anticipated—scars that will have far-reaching impact on the future of their Court.

Fifteen-year-old equestrian prodigy Roan Montgomery has only ever known two worlds: inside the riding arena, and outside of it. Both, for as long as she can remember, have been ruled by her father, who demands strict obedience in all areas of her life. The warped power dynamic of coach and rider extends far beyond the stables, and Roan’s relationship with her father has long been inappropriate. She has been able to compartmentalize that dark aspect of her life, ruthlessly focusing on her ambitions as a rider heading for the Olympics, just as her father had done. However, her developing relationship with Will Howard, a boy her own age, broadens the scope of her vision.

The son of a struggling single mother, Jamie Conklin just wants an ordinary childhood. But Jamie is no ordinary child. Born with an unnatural ability his mom urges him to keep secret, Jamie can see what no one else can see and learn what no one else can learn. But the cost of using this ability is higher than Jamie can imagine—as he discovers when an NYPD detective draws him into the pursuit of a killer who has threatened to strike from beyond the grave.