The other day in the lunchroom, I walked in on co-workers discussing Michael J. Fox’s 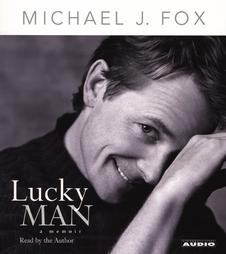 autobiography,  Lucky Man. Graeme, our IT Manager here at ABC, was talking at great lengths about the story and how he had enjoyed both reading and listening to the book. Enticed by his account of how good it was, I decided that I’d give it a shot. I was then faced with an epic dilemma of which to do first: read the book or listen to it?

If ever there was a story in which listening to the audio version before reading it pays dividends, it’s Lucky Man. Having an author read their own work adds an extra dimension to the story: a mere recounting of facts is transformed into a recollection of memories, the words spoken with the genuine emotion and experience. Quivering as he speaks, MJF does a phenomenal job of bringing the listener into his life. From early childhood follies to the pangs of leading a double life to keep his Parkinson’s hidden, there could be no better person to tell his story than himself. His charm and charisma, the very things that made him famous, are humbled in this audio book. The tone in his voice guides the listener through his struggles and successes as each chapter brings you closer to him. Deeper and deeper into the disease, you truly gain a great deal of respect for how debilitating Parkinson’s can be.

Motivating and powerful, the audio book touched me.  By the end of the story, I truly felt for MFJ. Hearing the pain and suffering in his voice bridges that distance between the silver screen and humanity. 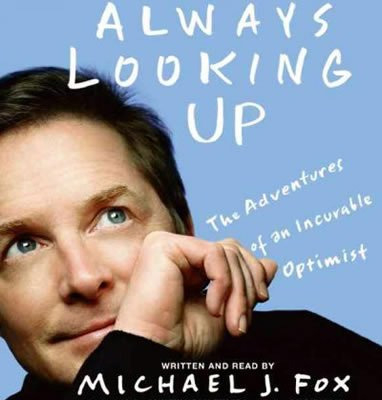 here is no doubt in my mind that I made the right decision in listening to the audio book before picking up a hard copy.  I will definitely be listening to Always Looking Up, MJF’s second book, as well as going back to listen to some stories that I’ve read in the past like
I Hope They Serve Beer in Hell by Tucker Max and Emergency by Neil Strauss.