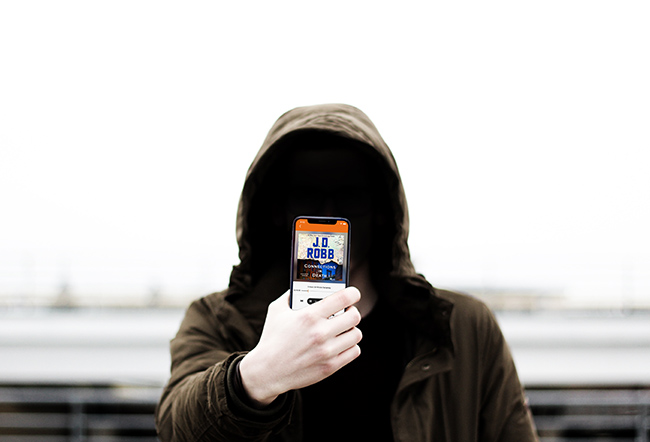 There’s nothing more intriguing and mysterious than the pseudonym. Why do authors use them? There’s no real cut and dry answer to this and their reasoning could be anything from wanting to break into a new genre to hiding from the law! Whether you call it a pen name, pseudonym, or nom de plume, these authors have mastered the art of distinguishing themselves as multiple people and finding success in (sometimes) countless aliases.

J. D. Robb is the author of the In Death series, in which every release has been a New York Times bestseller. Robb was created by Nora Roberts by taking the first letters of her sons’ names (Jason and Dan) and combining it with a shortened form of Roberts to make J. D. Robb. Everyone’s favorite cop, Eve Dallas, and her billionaire husband return in Robb’s 59th book in the In Death series, Connections in Death.

J. K. Rowling is undoubtedly a household name and after her hugely successful Harry Potter series, which is actually the best-selling book series in history (whoa!), Rowling wanted to branch out. In 2013, she released The Cuckoo’s Calling under the moniker, Robert Galbraith. Since this first detective novel in the Cormoran Strike series, she has released three more titles – The Silkworm, Career of Evil, and, most recently, Lethal White.

Lemony Snicket is an interesting character! Not only is he the author and narrator of the best-selling children’s novels, A Series of Unfortunate Events, but he is also a character in the books with an intimate connection to the three main characters’ mother, Beatrice. Plus, did we mention that Lemony Snicket, the author, is actually a pseudonym created by Daniel Handler? Yes, this man of mystery has published titles under both names, but it is the 13 Series of Unfortunate Events titles that rocketed him to stardom and resulted in a feature film in 2004 and a Netflix adaptation released in 2017.

You can’t think about horror without Stephen King coming to mind. At the beginning of his career, it was suggested that he only release one book a year, thus his pen name, Richard Bachman, was born. Under the Bachman name, King published five novels before being outed in 1985. After this, two more novels were released in 1996 and 2007 after being discovered in the papers “left behind” by Bachman. King still draws on Bachman for inspiration every now and then, especially in his 2016 novel, The Dark Half, in which a writer’s pseudonym takes on a life of its own and is hellbent on destroying everything in pursuit of its creator.

Anne Rice, AKA: A. N. Roquelaure and Anne Rampling

Read more from A. N. Roquelaure →

Best known for his best-selling science-fiction novel, Jurassic Park, which was later made into a hit blockbuster movie, John Michael Crichton hasn’t always gone by Michael Crichton. At the start of his writing career he was still in medical school and didn’t want his writing to affect this – which lead to the creation of John Lange. Under this pen name, he released eight titles, the latest being Binary (1972). Prior to adopting his final nom de plume, Michael Chrichton, he also released a novel with his brother titled, Dealing, under the name Michael Douglas (both of their first names) and a medical thriller titled A Case of Need under the name, Jeffery Hudson.