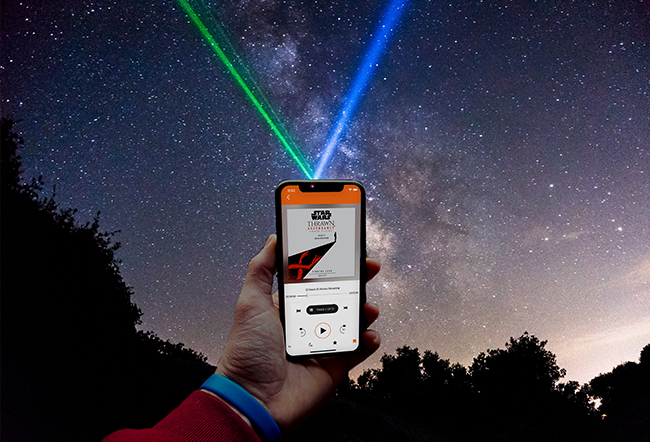 Since the 70s, Star Wars has been a favorite among viewers and has only been getting more popular as more content is released and the years go on. The 2019 debut of The Mandalorian on Disney+ brought in more fans to the franchise and with the upcoming release of The Book of Boba Fett in December of 2021, people just can’t get enough.

But did you know that there’s a whole world of extra Star Wars content just waiting to shed more light on the characters you know and love? There are hundreds of books spanning countless series, and we are still seeing new releases all the time. So, why not celebrate May the 4th (Star Wars Day) this year by jumping into the written world of Star Wars.

We’ve put together a quick-start guide for canonical Star Wars series, so that you can figure out where to start, as there are a lot of books and it can be overwhelming. While this list is not exhaustive, we think it’s a good place to start your journey!

Long before the Clone Wars, the Empire, or the First Order, the Jedi lit the way for the galaxy in a golden age known as the High Republic! In this series the Jedi Knights face a terrifying threat to themselves, the galaxy, and to the Force itself.

This group of canon audiobooks spans over many eras and can be broken into more manageable, bite-sized pieces. You can learn more about the start of the Rebellion while also following Padmé’s journey to finding her identity as the Queen in both Queen’s Peril and Queen’s Shadow. Then take a journey into Catalyst, which will set the stage for Rogue One: A Star Wars Story.
From here you can venture into Dark Disciple, which is based on unproduced episodes of Star Wars: The Clone Wars. This audiobook follows Asajj Ventress, former Sith apprentice turned bounty hunter and one of the great antiheroes in the Star Wars galaxy.
Curious about Grand Moff Tarkin, Vader’s right hand man? Tarkin explores the backstory of this character from A New Hope.
Next up, Ahsoka. Follow her during the beginning of the Rebellion and find out what happened to her after leaving the Jedi Order. Finally, round out your Star Wars listening with Bloodline. In this audiobook, Leia grapples with and rejects the idea of one single person in power, but a new threat may leave that as her only option.
These are just a few recommendations from the Star Wars Disney Canon Novel series, but they should all give you a great foundation to start with.

This series, penned by Timothy Zahn, centers around the origins of Mitth’raw’nuruodo (Thrawn) and the Chiss Ascendancy in the Unknown Regions. The third release in this series. Lesser Evil, is due out later this year.

These titles debuted during the lead up to the theatrical release of The Force Awakens. These listens will add even more depth and background to the storyline that we know you’re craving.

With the grand opening of Disney Parks’ Star Wars: Galaxy’s Edge came both of the audiobook tie-ins A Crash of Fate and Black Spire. These listens explore the conflict between the Resistance and the First Order.