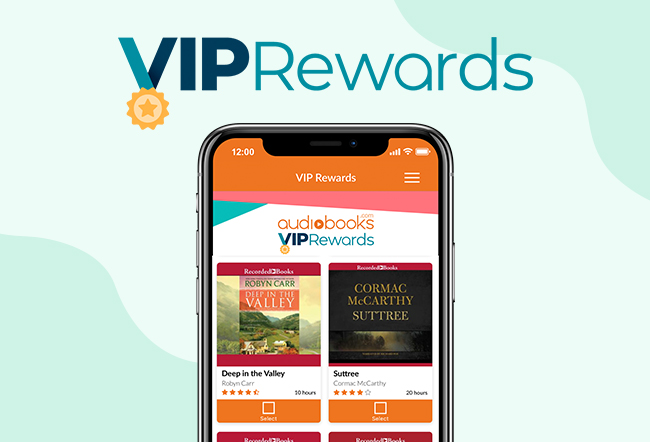 Audiobooks.com members (including free trial members) enjoy the benefits of our VIP Rewards program, which allows you to make a selection from a specially curated list of free audiobooks every month.

All new VIP Rewards will become available on the first day of each month. But don’t feel rushed to listen to your free audiobook every month—you can download today and listen whenever, for as long as you’re a member.

If you’re an Audiobooks.com member and are looking to make your free selection for September, we’ve got you covered! Check out this month’s top three VIP downloads below or click here to see the full list.

After an elite criminal profiling unit is shut down amid a storm of scandal and mismanagement, only one person emerges unscathed. Forensic psychiatrist Doctor Alexander Gregory has a reputation for being able to step inside the darkest minds to uncover whatever secrets lie hidden there and, soon enough, he finds himself drawn into the murky world of murder investigation.

In the beautiful hills of County Mayo, Ireland, a killer is on the loose. Panic has a stranglehold on its rural community and the Garda are running out of time. Gregory has sworn to follow a quiet life but, when the call comes, can he refuse to help their desperate search for justice? Murder and mystery are peppered with dark humor in this fast-paced thriller set amidst the spectacular Irish landscape.

On Christmas Eve, DCI Mackenzie Jones is called to a shooting at a remote farmhouse. Ralph Mallender believes his father lies dead inside. When three more bodies are discovered, it’s clear a festive family gathering has turned into a gruesome tragedy.

At first it seems like an open and shut case: a murder-suicide committed by Ralph’s volatile brother Cameron. Then new evidence makes Mack suspect the man who reported the crime is in fact the perpetrator.

But Mack isn’t the only one with a stake in the case. Private investigator Atticus Priest has been hired to get Ralph acquitted. That means unearthing any weaknesses in Mack’s evidence.

Irascible, impatient, and unpredictable, Atticus has weaknesses of his own. Mack knows all about them because they share a past-both professionally and personally. This time round, however, they aren’t on the same side. And as Atticus picks at the loose ends of the case, everything starts to unravel in a way neither of them could ever have predicted…

Deep in the Valley by Robyn Carr, narrated by Therese Plummer

Nicole Cutty and Megan McDonald are both high school seniors in the small town of Emerson Bay, North Carolina. When they disappear from a beach party one warm summer night, police launch a massive search. No clues are found, and hope is almost lost until Megan miraculously surfaces after escaping from a bunker deep in the woods.

A year later, the bestselling account of her ordeal has turned Megan from local hero to national celebrity. It’s a triumphant, inspiring story, except for one inconvenient detail: Nicole is still missing. Nicole’s older sister Livia, a fellow in forensic pathology, expects that one day soon Nicole’s body will be found, and it will be up to someone like Livia to analyze the evidence and finally determine her sister’s fate. Instead, the first clue to Nicole’s disappearance comes from another body that shows up in Livia’s morgue that of a young man connected to Nicole’s past. Livia reaches out to Megan for help, hoping to learn more about the night the two were taken. Other girls have gone missing too, and Livia is increasingly certain the cases are connected.

But Megan knows more than she revealed in her blockbuster book. Flashes of memory are coming together, pointing to something darker and more monstrous than her chilling memoir describes. And the deeper she and Livia dig, the more they realize that sometimes true terror lies in finding exactly what you’ve been looking for.

We're a few weeks away from the release of the new

This season is bursting with exciting new listens